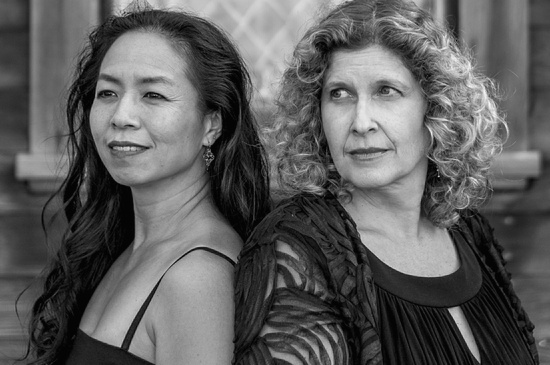 The Jewish Music & Poetry Project is a project of Ensemble for These Times. Consisting of soprano Nanette McGuinness, composer David Garner, pianist Dale Tsang,  and often joined by cellists Anne Lerner-Wright, the JMPP regularly performs as a duo or a trio.  In the future, other instrumentalists may be added as needed. The Project's mission is to bring new, nearly new, forbidden and forgotten music to the light of day with a dual focus: music with texts by Jewish women poets or by women composers; and music by 20th century composers who were  banned (or worse) during the Holocaust.

Starting in 2007, the JMPP performed songs to texts by Mascha Kaleko, culminating in 2011 in a program of new music Bay Area composers and the premiere of David Garner's seven song Kaleko cycle at Trinity Chamber Concerts, a program co-produced by the Jewish Music Festival.  The premiere was supported in part by a generous grant from the East Bay Community Fund.

In 2013, the JMPP premiered David Garner's song cycle Phoenix, to texts by Rose Auslaender, as well as performing the West Coast premiere of Edwin Geist's Three Lithuanian Songs, and performed music by Gabriela Lena Frank, Laura Schwendinger, Elena Ruehr, Osvaldo Golijov, Alexander Zemlinsky and Vitezslava Kapralova, suppored in part by a generous grant from the Zellerbach Family Foundation. The next year, 2014, has seen the ensemble premiere Garner's Such Innocent Words, to texts by Holocaust survivor Yala Korwin, Winter Solstice Songs, by 2014 Guggenheim Fellow Elena Ruehr, to poetry by local favorite, Marcia Falk, along with a new arrangment of "The Butterfly" for them by Ruth Lomon, supported in part by generous grants from the Zellerbach Family Foundation and the Puffin Foundation, which also supported their program for  Cafe Europa, the East Bay Holocaust survivor's group.

The Jewish Music & Poetry Project is proud to be a fiscally-sponsored affiliate of the San Francisco Friends of Chamber Music.

After performing for an appreciative and packed-room crowd at Cafe Europa on Sept. 11--and thank you again to both the JFCSEB and the Puffin Foundation-- the JMPP will preview their Hungarian tour program on SUNDAY SEPT. 21, Sat 2 p.m. in S.F. Tickets available online and at the door, at the First Congregational Church of SF, 1300 Polk, SF.

The JMPP is also thrilled and grateful to both the Puffin Foundation for their recent award supporting our March 29 and our Sept. 11 concert at Cafe Europa, as well as to the SF Conservatory of Music for a Faculty Development Grant in support of our 2015 CD project!

The JMPP is thrilled and grateful to the Zellerbach Family Foundation Community Arts Program for their recent award supporting our March 29 premieres program!

A heartfelt thank you to all our wonderful donors who made our 12-day commissioning challenge a success! Elena Ruehr will write a song cycle for us to premiere in spring 2014!

Composer David Garner was interviewed by Sarah Cahill on her show "Then and Now" on KALW FM Radio 91.7 on Sunday March 3 at 8:00 p.m.  The interview focused on his new work, Vilna Poems, which was premiered on March 9 at the Jewish Music Festival, commemorating the 70th Anniversary of the Warsaw Ghetto Uprsing.  Vilna Poems, for soprano, clarinet, cello, and piano, sets six Yiddih poems by renowned poet and Holocaust survivor Avrom Sutskever and was beautifully performed by Lisa Delan, David Krakauer, Matt Haimowitz, and Kristin Pankonin.

Garner played selections of his music and spoke about the Festival, Vilna Poems, other examples of his music, and his other upcoming projects.  If you missed it, you can listen to it here.

JMPP at the German Consulate General San Francisco in 2012 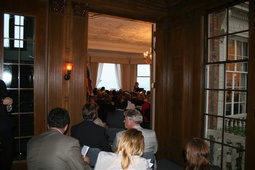